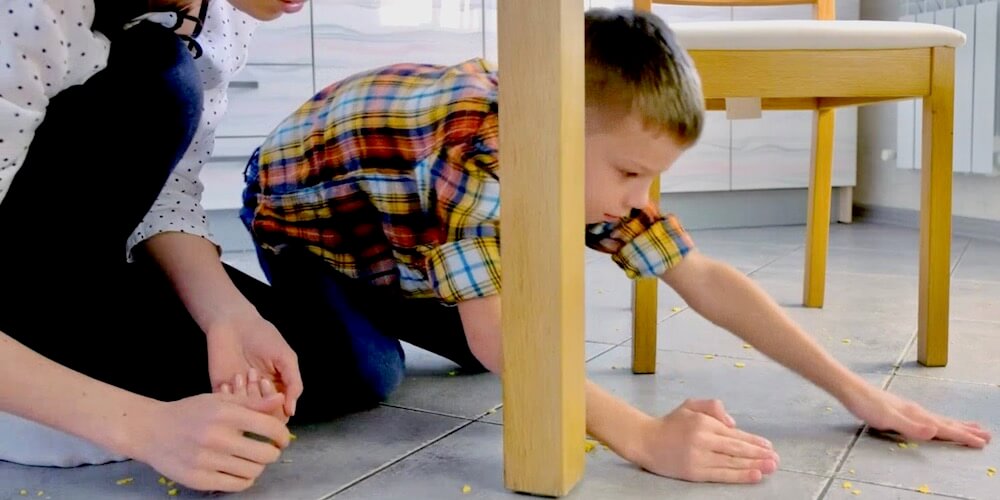 Teaching your child personal responsibility through effective discipline is key to their development of important coping skills they will carry with them into adulthood.

The Importance of Logical Consequences

As frustrated parents, when it comes to disciplining our children, we may assume that we will “get their attention” most effectively by taking away the privileges they enjoy, and thus expect the child to learn the lesson we want to teach them. When it comes to effective discipline, however, it is important to ask first, is this a logical consequence for the transgression?, and second, is the child being given an opportunity to correct their error or learn from their mistake?

Seven-year-old Henry is often careless at mealtimes, making a mess on the table, the chair, and the floor. Henry’s parents have warned him that he will lose the privilege of riding his bike if he doesn’t learn to eat more carefully. Although losing his bike privileges might make Henry try to eat more carefully in the hopes of earning back the privilege, something is missing: he is not actually learning why it is a problem to make a mess. Once he is allowed to ride his bike again, and his parents continue to clean up after him, he is likely to go back to being messy.

Naturally, the logical consequence of making a mess would be that Henry would be expected to clean up the mess himself. At the next mealtime, Henry’s mother tells him before he eats that it will be his job to clean up after himself. She tells him this calmly and respectfully, so as to avoid shaming, blaming, or embarrassing him. Once Henry has had the unpleasant experience of cleaning his mess, and he understands that this will continue to be his responsibility going forward, he will be more careful when he eats so as to avoid the tedious work later.

The lesson he is learning will extend beyond the dinner table: it is a more global lesson in learning personal responsibility. That is, my actions have an impact, and it is only through experiencing the impact myself that I learn to make better choices. The consequence of cleaning up his mess is corrective, not a retaliation for disobedience; Henry’s mother is teaching him a valuable lesson, not ‘getting even’ with him.

Here are more examples of opportunities to teach children the natural consequences of their choices:

A note on development…

In imposing consequences, it’s also vital that the consequence be developmentally appropriate. If Harry were younger and had not yet developed the motor skills necessary to eat carefully, it would not be appropriate to discipline him for making a mess. Take into consideration the child’s age, capacity to communicate and understand, and ability to carry out the desired behavior.

The gift of learning to tolerate natural consequences

While this all may seem fairly straight-forward, the reality is that many well-meaning parents often clean up the messes of their children, both literally and metaphorically. As a parent who loves your child and wants nothing but happiness for them, it can be difficult not to swoop in and save them from discomfort. Not to mention, sometimes it’s just easier to fix it yourself.

Nevertheless, it’s very important that parents not ‘bailout’ their children when they make poor choices. Learning personal responsibility is important not only for learning the difference between right and wrong; it gives your child opportunities to learn healthy coping skills when they have to tolerate the discomfort and unpleasantness of negative consequences. Without ever learning these skills, they are more likely to suffer emotionally later in life when disappointments, hardship, and heartbreak are inevitable.